Dorothy Jean Dandridge was born on November 9, 1922 in Cleveland, Ohio, to Ruby Dandridge (née Ruby Jean Butler), an entertainer, and Cyril H. Dandridge, a cabinet maker and minister. Under the prodding of her mother, Dorothy and her sister Vivian Dandridge began performing publicly, usually in black Baptist churches throughout the country. Her mother would often join her daughters on stage.

As the depression worsened, Dorothy and her family picked up and moved to Los Angeles where they had hopes of finding better work, perhaps in film. Her first film was in the Marx Brothers comedy, A Day at the Races (1937). It was only a bit part but Dorothy had hopes that it would blossom into something better.

She did not appear in another film until 1940 in Four Shall Die (1940). The role was nothing great other than to establish the fact that she was very beautiful and talented.

Her next few roles in the early forties included films such as Bahama Passage (1941), Drums of the Congo (1942) and Hit Parade of 1943 (1943). There were others in between, of course, but they were the usual black stereotypical films for women such as Dorothy. N

ot only was she a talented actress but she could also sing which was evident in films such as Atlantic City (1944) and Pillow to Post (1945). This helped to showcase her talents as a singer and brought her headline acts in the nation’s finest hotel nightclubs in New York, Miami, Chicago and Las Vegas.

She may have been allowed to sing in these fine hotels but, because of racism, she couldn’t stay there. It was reported that one hotel drained its swimming pool to keep her from enjoying that little amenity. In 1954, Dorothy appeared in the all-black production of Carmen Jones (1954) in the title role. She was so superb in that picture that she garnered an Academy Award nomination but lost out to Grace Kelly in The Country Girl (1954).

Despite the nomination for her performance, Dorothy did not get another movie until she appeared in Tamango (1958), which was an Italian film. She was to make six more motion pictures, of which Island in the Sun (1957) and Porgy and Bess (1959) were worthy of mention. Once again, she was a standout.

The last movie she would ever play would be in 1961’s The Murder Men (1961). Dorothy faded quickly after that with a poor second marriage to Jack Denison (her first was to Harold Nicholas), poor investments, other financial woes, and a problem with alcohol. She was found dead in her West Hollywood apartment on September 8, 1965, the victim of a barbiturate poisoning. She was only 42. Had she been born 20 years later, Dorothy Dandridge would no doubt be one of the most well-known actresses in film history.
– IMDb Mini Biography By: Denny Jackson 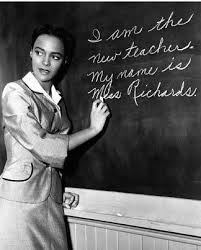 Trivia (27)
Daughter of Ruby Dandridge.
Younger sister of Vivian Dandridge.
At the time of her death, there was $2.14 in her bank account.
Her daughter Harolynn, with Harold Nicholas, was born with a brain injury.
Interred at Forest Lawn (Glendale), Glendale, California, USA, in the Freedom Mausoleum, Columbarium of Victory.

Now thought to have suffered from manic depression.
She was pursued for the role of Tuptim in The King and I (1956), but turned it down on the advice of Otto Preminger, who advised her not to accept a role in which she was not the star. (The bio-pic Introducing Dorothy Dandridge (1999) also implies that it was because the character was a slave.) Rita Moreno was subsequently cast in the role.
First black woman to grace the cover of Life Magazine.

September 1965: The New York Times reported that her death was caused by bone marrow particles from a fractured metatarsal bone in her right foot that entered her bloodstream and reached her brain and lungs.
Although she was a top-notch nightclub/cabaret singer, she despised it.
Suffered from near paralyzing stage fright whenever she had to perform.
She loved soul food. Her favorite was chitterlings and greens, which she ate only once a week.

Her best friend was Geraldine Pate Nicholas Branton, former wife of Fayard Nicholas, of the tap dancing duo The Nicholas Brothers, who was her ex-brother-in-law.
Dated music composer Phil Moore, who was instrumental in launching her career as a nightclub singer in the 1940s.
Was considered for the role of Billie Holiday in a movie; however, the project didn’t materialize in her lifetime. When the movie did come to pass, the role was portrayed by Diana Ross.
First African-American actress to be Oscar-nominated for “Best Actress in a Leading Role.”
She was first choice for the role of Cleopatra but ultimately the role went to Elizabeth Taylor. 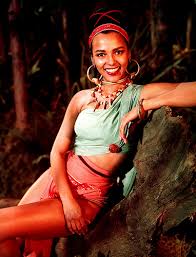