PRINCE HARRY has done more to help people to feel relax in his causes than other royals according to a royal expert,who study body language. He comes across as more genuine emotional and layed back than his brother William. Meghan, Duchess of Sussex, and Prince Harry have been branded “woke” royals following their public stance on certain issues from around the world. But one royal expert believes Prince Harry has done more to put people at ease when he champions issues such as the environment. Prince Harry has an environmental initiative called Travalyst’ And he has accomplished a lot of concrete solutions with his project. He told an under-cover journalist that he was overwhelmed and filled with much admiration at the Prince’s WOKE stance with certain sensitive issues that would make other royals including his brother William shy.

He truly knows how to handle progressive causes,and handle matters rather well and much better than his brother William. “They felt he was weak, they felt they couldn’t trust him to handle things, that he had all these funny ideas about spiritualism environmental issues and mental illness.” But the Prince is not weak at all;The person went on to say that the prince has genuine compassion and at ease gestures when he’s doing a job and working with other people. 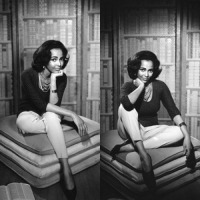